The Dufferin Wind Farm is comprised of 49 Turbines.

An average North American household uses about 10,500 kWh of electricity each year.

Dufferin Wind Power’s professional survey teams have carefully surveyed and checked the location of each turbine with high-accuracy survey equipment to ensure each one adheres to the minimum setback requirement of 550 metres of non-participating residences. The survey process was meticulous and was performed a number of times throughout the construction process to ensure accuracy. The layout of the Dufferin Wind Farm was carefully scrutinized by the Ministry of the Environment, and based on precise measurements using Universal Transverse Mercator (UTM) coordinates, the wind farm layout was approved. (UTM measurements are the industry standard and a requirement of the MOE.)

The Ministry of the Environment (MOE) also actively field-verified the turbine locations on an ongoing basis during construction to ensure compliance with provincial permitting.

The project’s noise modeling is in its second year of field proofing.

An important criteria for ensuring structural stability is the bearing capacity of the subgrade underneath the foundation base. This is validated in the field using a Dynamic Cone Penetrometer (DCP) test. Once adequate drainage controls have been established, and the bearing capacity has been confirmed to meet the structural requirements of the foundation, a layer of lean concrete is poured on the surface to provide a stable working surface for the foundation construction, as well as to protect the integrity of the subgrade underneath and prevent groundwater from rising to the surface. Since concrete is always poured directly onto native subgrade (which has already reached its maximum settlement), there is no risk of the foundation settling over time or shifting.

“Measuring electromagnetic fields (EMF) around wind turbines in Canada: is there a human health concern?” Click to read the whole study conducted by McCallum et al, 2014.

In terms of transmission lines, beneath overhead 27.5 kV and 500 kV transmission lines, maximum magnetic field levels were roughly equivalent to that produced by a refrigerator. As expected the level of EMF from the transmission lines diminished rapidly with distance to a point where the level at nearby homes were considered background. The study results conclude: “Collectively, these results suggest that the EMF surrounding wind turbines and their distribution systems (i.e., 27.5 and 500 kV power lines) are similar or lower than those commonly found throughout Ontario and across Canada. There was nothing unique about the EMF readings surrounding the wind turbines. Furthermore, the magnetic fields associated with power distribution systems, including those found in the vicinity of wind farms, are below levels that are expected to cause harm to human health based on international regulatory guidelines.”

The 230 kV power line connects the Project substation, located in the heart of the wind farm in Township of Melancthon to Hydro One’s existing Orangeville Transformer Station, located in the Township of Amaranth. The 230 kV power line stretches this 48 kilometer distance over and under both private and public lands. Wooden poles are used wherever possible, and some steel monopoles are used on angles and dead end locations, which eliminates the need for anchors and guy wires.

The power line runs generally southwest from the Project Substation for 15.6 km along private lands in the Township of Melancthon to a former railway corridor (the “Rail Corridor”) that is owned by the County of Dufferin. From a point along the Rail Corridor that is immediately to the west of Highway 10 and south of Sideroad 260, the power line runs southeast along the Rail Corridor towards the Town of Shelburne (generally alongside Highway 10) and, after passing underground through the west side of the Town of Shelburne, enters into the Township of Amaranth and continues in a southward direction (generally alongside County Road 11) before turning briefly to the east and terminating at the switching station. The power line has been designed to allow for future rail development and for continued use of the Rail Corridor for recreational activities such as horseback riding, hiking, ATV use and snowmobiling. DWPI is committed to working with local recreational associations to ensure the safety of all Rail Corridor users.

An Environmental Management Plan (EMP) has been submitted to Dufferin County to identify key project environmental information, instructions, and mitigation measures to ensure environmental protection and rehabilitation during the construction of the power line. The EMP establishes the environmental mitigation and enhancement measures needed to meet relevant permitting conditions and agreements made during the Renewable Energy Approvals (REA) process and to gain approvals for construction and operations/maintenance of the 230kV power line along the railway corridor.

These plans are applicable to DWPI employees and contractors working on the pre-construction, construction, operation and maintenance phases of the Project

As the owner and operator of an electrical transmission line Dufferin Wind Power is responsible for the safe and reliable operation and maintenance of the line. Pursuant to Section 40(4) of Electricity Act, 1998 Dufferin Wind Power will periodically undertake required vegetation trimming and clearing, usually over the summer months. Landowners are consulted in advance on any non-emergency vegetation removal activities, and are offered compensation for any access to their property and / or resulting loss of vegetation. 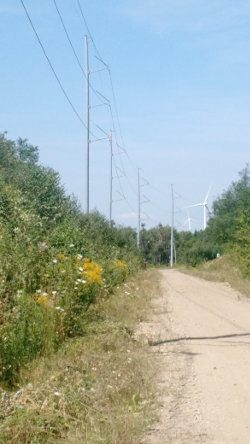 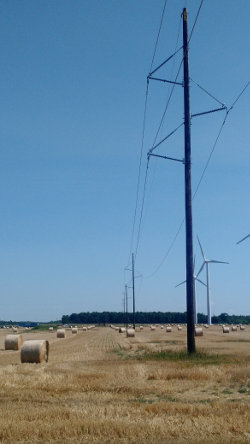 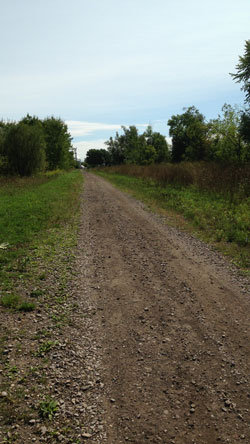