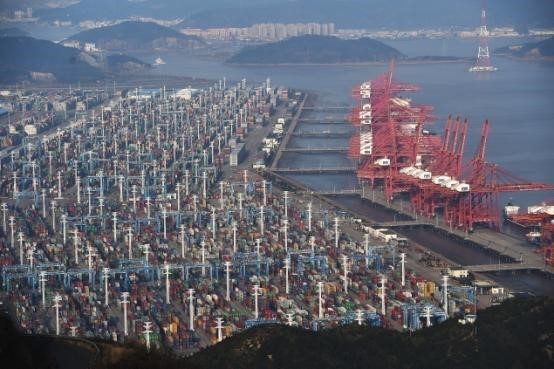 The Ningbo Zhoushan Port in eastern China’s Zhejiang Province has spared no effort to build a major logistics channel for the Belt and Road Initiative. The photo taken in February 2017 shows the container terminal at the Chuanshan area of the Ningbo Zhoushan Port. This is an aerial photo of the Yuanjiang Wind Farm in Xing’an, Guilin, Guangxi Zhuang Autonomous Region taken on July 3, 2017.