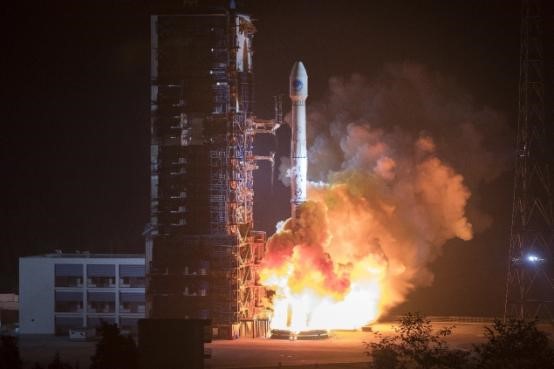 On November 19, 2018, China sent two new satellites of the BeiDou Navigation Satellite System (BDS) into space on a Long-March-3B carrier rocket from the Xichang Satellite Launch Center. The satellites entered a medium earth orbit and worked with 17 other BDS-3 satellites already in space, and they are also the 42nd and 43rd satellites of the BDS satellite family. The BDS is an important space infrastructure built and operated independently by China, which can provide accurate space-time information service for 24 hours.