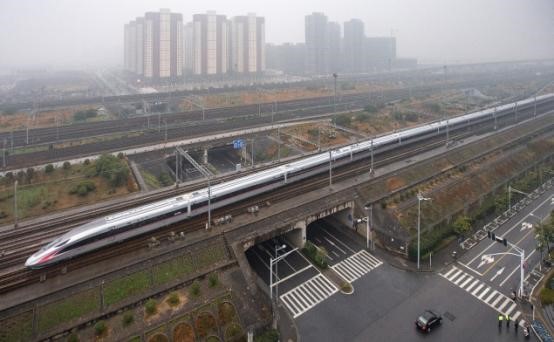 The Beijing-Shanghai high-speed railway, stretching 1,318 km, is the world’s first railway for commercial use with a designed speed up to 350 km per hour. The railway has cut the travel time between Beijing and Shanghai to roughly four hours. The photo taken in January 2019 shows the debut of the extended version of the “Fuxing” high-speed train.