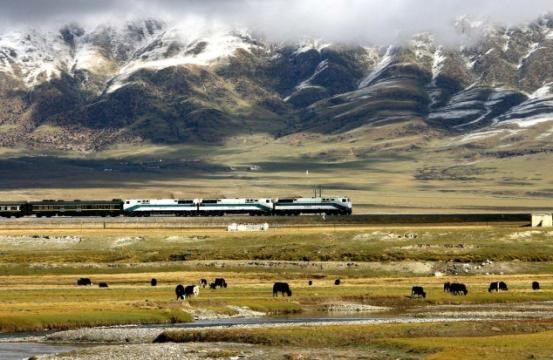 Stretching 1,956 kilometers, the Qinghai-Tibet Railway is at the highest altitude, with the longest plateau section and the hardest construction conditions in the world. Construction for the first-phase project linking Xining in the east with Golmud in the west began in 1958. It was put into use in May 1984. The second phase from Golmud in the east to Lhasa in the west broke ground on June 29, 2001 and went into operation on July 1, 2006. The railway has changed Tibet’s history without trains and boosted local economic development. The photo shows a train running on the Qinghai-Tibet railway.